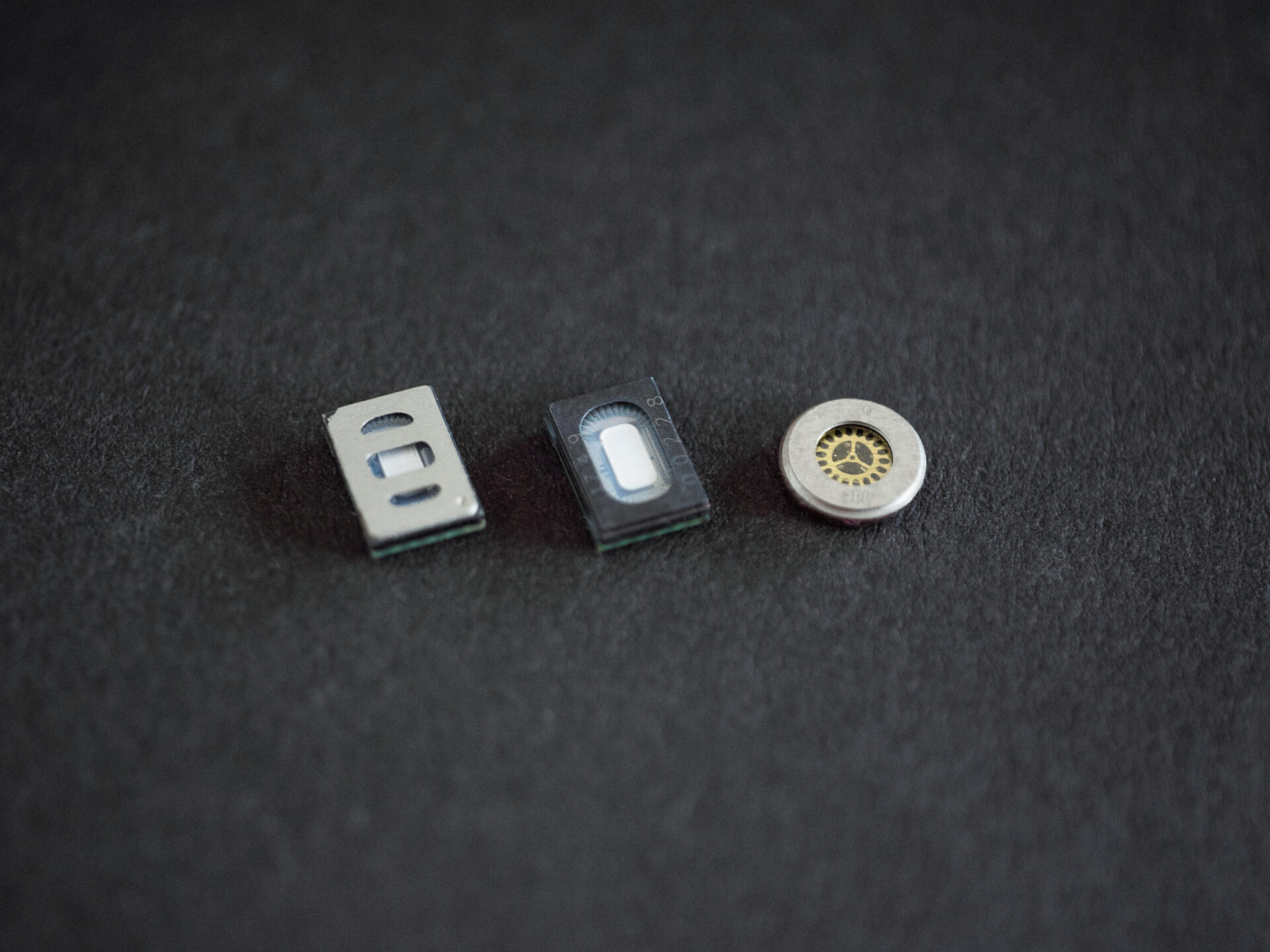 Most components in consumer electronics are based on semiconductors. The last component that is still manufactured using traditional methods is the loudspeaker — until now. USound is leading the revolution of the global speaker market, being the first company to introduce MEMS loudspeakers (that is: loudspeakers manufactured using semiconductor processes) to the mass market. The thin form factor and wide bandwidth of USound MEMS speakers enable miniaturization of the audio module in wearables, hearables, smartphones, and smart devices in general. With traditional technology, this would be impossible without compromising the audio quality.

So what are the inherent advantages of USound MEMS loudspeakers compared to conventional electrodynamic and balanced armature speakers?

The main size advantage of USound MEMS loudspeakers comes from the thickness or lack thereof. In traditional electrodynamic loudspeakers, there is a lower limit to the size of the voice coil and magnet assembly. And while rare-earth magnets (especially neodymium magnets) allow the use of smaller magnets, they still dominate the geometry and impose a limit to how small the loudspeaker can be. Simply put: traditional microspeakers consist mostly of the magnet. They can not be miniaturized further, as the magnet can not shrink without losing sound output.

This reduced thickness frees up more real estate for other components, thus improving the general features and usability of earphones. Potential uses for the additional space include

Since USound MEMS loudspeakers are PCB-based, they can easily be combined with additional SMD components to form an audio module. This allows for easy outsourcing of acoustic design, rapid prototyping, and evaluation and, thus, a faster time to market.

Recent advances in diaphragm technology have allowed the second generation of USound MEMS speakers to withstand temperatures high enough for reflow soldering. This rapidly lowers the cost of manufacturing, as it further reduces the need for manual labor and allows for fully automated assembly lines, saving costs in the long run.

On request, USound MEMS speakers can be manufactured without ferromagnetic materials with zero tradeoffs in acoustic performance. This allows the use of these loudspeakers in areas with strong magnetic fields, i.e., for headsets worn by the patient inside an MRI machine.

Ideally, the only part of the loudspeaker that moves should be the diaphragm. If the ratio of diaphragm mass vs. total mass is too high, the casing of the loudspeaker will vibrate as well. These unwanted mechanical vibrations can cause solid-borne sound to enter microphones in the immediate vicinity. If the signal of these microphones is used to feed the loudspeaker (e.g., in an earphone with transparency mode or in a traditional hearing aid), this will cause a feedback loop, typically audible as a highly irritating, screeching sound. Due to the absence of a heavy voice coil, USound MEMS speakers are much lighter and produce significantly fewer mechanical vibrations. This is important not only for hearing aids but also for modern TWS earphones with “transparency”/”ambiance” mode, where the recording of the microphone is being played through the loudspeaker on the same device.

Conventional speakers rely on the Lorentz force, where a change in the electric field, by applying a voltage to the coil while it is suspended in a magnetic field, imposes a force on said coil and causes it to move. The induced change in the electromagnetic field is a form of electromagnetic radiation, which will radiate into the surrounding. Some types of sensors can easily be disturbed by this unwanted electromagnetic pollution. USound MEMS loudspeakers, on the other hand, rely on the piezoelectric principle, which causes no electromagnetic radiation. This eliminates the need for any magnetic shielding in mobile devices between speakers and other sensitive parts (like sensors).

While the electric impedance of conventional microspeakers has a reactive component caused by the coil, the impedance of the whole system is normally dominated by the resistive component of the length of wire that forms said coil. This means that the electrical energy is mostly converted into thermal energy as it dissipates across the ohmic resistance. In typical mobile phone speakers, the coil heats up to over 70 °C.

However, in USound MEMS loudspeakers, the electric impedance is determined solely by the capacity between the two electrodes of the MEMS element. The impedance is therefore purely capacitive and has virtually no resistive component, meaning that the energy does not dissipate, and a much smaller percentage is converted to thermal energy. This means that less heat is generated. Typically the temperature of the hottest part of a USound MEMS loudspeaker is not significantly above room temperature. Like the reduced EMI, this causes less disturbance for surrounding sensors (especially infrared sensors) and also reduces the wear and tear of other components that are sensitive to temperature (e.g., batteries). The electric impedance being purely capacitive also means that the electric energy can be “reused” by pulling it back out of the loudspeaker, so to speak. This lowers the total power consumption of the loudspeaker.

And all these benefits come while still fulfilling the requirements for audio performance. There is no need to make a tradeoff in the actual sound — but you can now build high-end audio products with additional functionalities.

Get started.
Contact us and discover how MEMS speakers can take your audio system design to the next level.

USound’s headphone and earphone expert, Konstantin Davy is a music enthusiast, with a background in both acoustics engineering and audio engineering. He has been with USound since 2015.